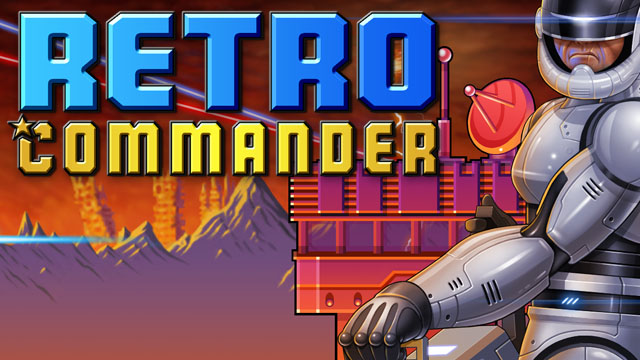 Challenging AI for both single and cross-platform multiplayer matches with co-op play.

Comic-based campaign and story line of humanity after a cataclysmic event.

Retro Commander is a post-apocalyptic real-time strategy wargame (RTS). Take command and fight it out in a world where a cataclysmic timeline has transpired on Mother Earth. Wage wars solo, against the AI, or take on your gaming comrades and friends in cross-platform multiplayer matches. Form teams and clans and fight co-op style with the AI and other players for ultimate victory.

As opposed to other real-time strategy game, Retro Commander tries to focus on both, a fun single player and a thrilling multiplayer experience. The game strives to be easy to learn with a modern user interface. Single player comes with skirmish matches against the AI as well as a comic-based story campaign. Multiplayer can be played cross-platform and includes a ranking and rating system.

Download...
I pirated this game last night and I've already spent 3 and a 1/2 hours playing it! This game is extremely addicting and I definetely will buy it. PowerRizer